How Nanoparticles And a Common Spice Are Killing Cancer Cells 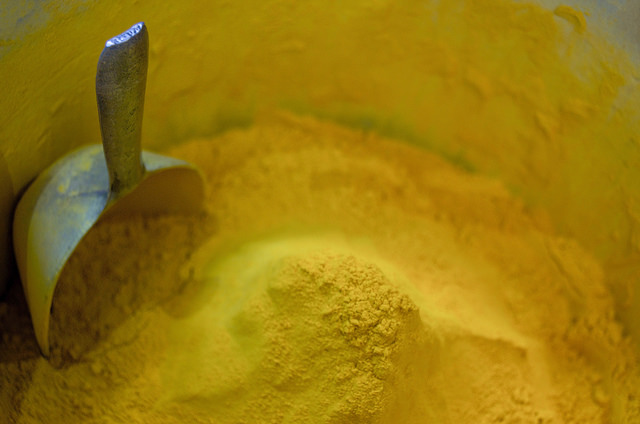 20 Medications that have been shown to cause Memory loss

20 Medications That Have Been Shown to Cause Memory Loss

Prescription drugs cause over 100,000 deaths per year and cause another 1.5 million people to experience side effects so severe they must be hospitalized. Adverse drug reactions are now the fourth leading cause of death in the US.

(1) Every medication carries some risks and memory loss is a very common side effect.

The Top 3 Types of Drugs That Cause Memory Loss

If you are taking any prescription medication, the odds are that it falls into one of these three categories of drugs known to cause memory loss and other cognitive problems:

If you take a drug that starts with “anti,” such as antihistamines, anti-depressants, anti-psychotics, antibiotics, antispasmodics, or anti-hypertensives, it’s likely that it will affect your acetylcholine levels. Acetylcholine is the primary neurotransmitter involved with memory and learning. Low acetycholine can lead to symptoms that resemble dementia including mental confusion, delirium, blurred vision, memory loss, and hallucinations.

Prescription sleeping pills are notorious for causing memory loss. The popular drug Ambien has been coined by some as “the amnesia drug.” Some users experience night terrors, sleep walking, sleep driving, and hallucinations. Prescription sleeping pills have been found to put you in a state similar to being passed out drunk or in a coma while bypassing the restorative sleep your brain needs.

(3) There are much better ways to get to sleep!

Doesn’t Cause Heart Disease and If You Take Cholesterol Medication, You Must Know This!

20 Medications Known to Cause Memory Loss

Here is a list of medications known to have memory loss as a possible side effect:

This list was assembled by Richard C. Mohs, Ph.D., former vice chairman of the Department of Psychiatry at the Mount Sinai School of Medicine.

What You Can Do Next

Are you taking any of these medications? If so, we recommend you talk to your doctor if you believe it’s affecting your memory. Get your doctor to work with you to find better options — different prescriptions and/or making healthy lifestyle choices — instead. Meanwhile, use the lifestyle advice you find here on our website. Even if you have to stay on your medication, you can lessen the load on your brain by taking proactive steps such as eating a brain-healthy diet,getting the physical exercise your brain needs, and taking the right brain supplements. Give your brain the healthiest possible environment to stay mentally sharp in spite of your medications. Read More: 12 Popular Over-the-Counter Medications  That Cause Memory Loss

A friend wrote this and I found it extremely relevant.

Mono-Atomics, also known as monatomics, are elements having one atom in the molecule. They are superconductive and have many unusual qualities. Monatomics can be brought about through occurrences in nature, or through laboratory procedures generally carried out by a chemist, or even an alchemist. I've been curiously pursuing this subject matter for the better part of a decade, and have been a bit of my own guinea pig in the process, for better or for worse. You can find monatomics in many places such as volcanic soil, dried up river beds, and even in your own urine. What you will find in monatomics is a combination of many trace minerals in their monatomic state. The minerals are generally much needed within the body as they are seldom found in food and in the normal western diet. Certain substances, such as Cobalt/B12, the body cannot live without, but cannot get from everyday food. In the event the body gets Cobalt, it will store it for up to 9 years just to be sure it has the small minute measure it needs to balance your body chemistry. In the event that you run out of Cobalt in your body, extreme depression ensues, even to the point of self termination.

So what do monatomics have to do with you? Well, did you know that all the cells in your body communicate with each other through superconductivity? And as I said earlier, monatomic elements are superconductors. The U.S. Naval Research Facility knows about superconductivity fairly well. They have actually measured it using SQUIDS: Superconducting Quantum Interference Devices. Its a superconducting ring that is put around the body. By using a SQUID, they discovered that light, literally light, bio-photons, flow from cell to cell to cell, propagating information(light) through a trinary angle emission pattern consisting of 30 to 60 degrees, as Harald Kautz Vella described. This is important, when you consider what makes us different from a computer. For instance, did you know that your nerve impulses are not electrical? Nerve impulses actually travel closer to the speed of sound than the speed of light. Electricity travels closer to the speed of light, and while a superconducting wave appears to travel slower, it is not localized in what we would call space-time, but rather, it emanates from a place called time-space, then permeates through all the neurons and nerves and cells in your body at the speed of sound as a type of "scalar-waveform-fractal', this could be described as consciousness. We could get into the differences between binary and trinary scalar-waveform-fractals and why it may be that a binary consciousness (AI) cannot inhabit time-space, but I would rather save that for another post.

Monatomic elements are literally the light of life, they act as bio-photon attractors for your DNA. What's strange, is that these elements have been a part of your body all of this time, but most scientists could never detect them because their instruments cannot see them. Scientists would erroneously call them carbon because monatomics have no absorption or emission spectra in their analysis. So they assumed therefore that it is carbon when, in fact, it isn't carbon. There are 11 monatomic elements that have been discovered, but primarily, monatomic rhodium and iridium are the elements that are in your body right now. These metals (which have more ceramic, dialectic properties in their monatomic state) literally resonate at certain frequencies and flow bio-photons perpetually throughout your body. Monatomics produce a non-polar magnetic field which has been attributed to the Meissner field. When those monatomics in your body produce a Meissner field and combine with the electricomagnetic-gravitic field of your heart, that is what we could call your aura.

Monatomic elements are like spirit atoms in your body. These are the atoms that are in resonant harmony and continually resonating with time-space, or what scientists are calling zero-point energy. According to Reciprocal Systems Theory, everything in the universe is motion, and consists of two sectors: the material sector (where phenomena operates below the speed of light), and the cosmic sector (where phenomena operates above the speed of light). When you understand that time is the reciprocal of space and vise-versa, you can then begin to realize that all things that have existed and will ever exist are always existent in time-space. This is because when you accelerate beyond the speed of light, time becomes a three-dimensional construct and space becomes a relative singularity, almost like a portal to infinite oneness. And I will tell you now, my friends, that when you meet your God, you will meet him/her/them/it in the cosmic sector. Time-space is where all matter came from, that is where all matter originated and that is where everything is recorded. And your connection through these monatomic elements are in quantum resonance with zero-point. That is what brings the light of life (bio-photons) from the world of the quanta up into the macro body you call your own physical being.

Did you know that monatomic elements can be found as a fine white powder that can be easily ingested? The ancient Egyptians ingested a white gold powder known as ormes and were able to strengthen their Ka, also known as a light body. Literally, a body of photons.

Theoretically, adding monatomic elements to the body amplifies your superconductive connection to the cosmic sector, and ironically enough, monatomics are superconductive naturally through frequencies contained in water, which your body mostly is, and what activates these monatomics as a superconductor is thermal energy, body heat. Scientists have discovered that there is a point where thermal radiation actually overlaps with zero-point radiation and that's not a coincidence. There is hard science supporting this topic and I urge you all to learn more for yourselves.

Like the idiom suggests, quite literally, God is within you. And science is now figuring this out. The portal to infinite oneness has been there inside you the whole time, connected through the water in your body, activated by your own thermal energy, and it can be directed by the higher frequencies of your emotions (the ability to feel magnetism and the ability to feel emotions are the same, they both emit from the same electromagnetic spectrum). Now, if you take into account that each one of us has a portion of ourselves that connects with this zero-point-cosmic-sector then that means there is a piece of us that is one with everything else that exists. And to me, that is a comforting thought.